Skip to content
Home Getting Started What is Reflexology and How Does it Work?

What is Reflexology and How Does it Work? 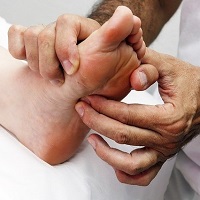 There are different types of reflexology, the best known being foot reflexology. The other types are hand, ear and face. In a reflexology session, the therapist applies pressure to reflex points by using specific finger, thumb and hand techniques. These reflex points correspond to particular parts of the body or bodily systems.

On a physical level reflexology stimulates the reflex points, sending signals to the nervous system which in turn sends out the body’s very own “feel good” chemicals – endorphins. On a more subtle level it’s believed that reflexology improves the flow of energy, or can help unblock negative energies. Reflexology is predominantly used for relaxation, stress relief and pain relief, encouraging good health and spurring the body’s healing system into action. 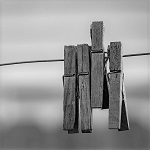 In 1915 Dr. William H. Fitzgerald M.D., an Ear, Nose and Throat Specialist, discovered accidentally that by applying pressure to certain parts of the body he was able to relieve pain in others. As he developed this method, he found he could completely numb other areas during treatment, thereby performing minor surgery without anaesthetic. He also found that applying this pressure could improve function in particular parts of the body. 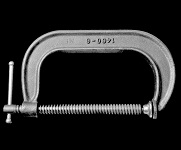 Fitzgerald evolved a system whereby the body was mapped into 10 vertical zones. He used various non-electrical equipment whilst treating patients to reduce or eradicate pain, including pegs, plugs, probes, clamps and elastic bands. He named his practice methods Zone Analgesia. 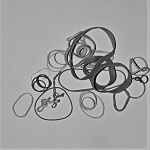 Edwin F. Bowers, a medical writer and critic, initially came to investigate Fitzgerald’s research and practice. However, Bowers was so impressed with his accomplishments that he stayed on to work with him. In 1917, Fitzgerald and Bowers wrote together “Zone Therapy or Relieving Pain in the Home” and thus “Zone Therapy” came to be.

Doctor Joe Shelby Riley – The Greatest Healer of his Time?

Dr. Joe Shelby Riley and his wife Elizabeth Ann Riley attended a conference by Fitzgerald in the early 1900’s and were incredibly impressed by his work. They developed his research even further and Shelby Riley is credited with adding 8 horizontal zones to Fitzgerald’s original 10 zone vertical chart. He also charted the pressure points of the feet, hands and ears.

Shelby Riley used some weird and wonderful electric tools including the “Ultra Massager” & “Percuss-O-Motor.” (Thought to be a more effective way to administer stimulation, these machines became extremely popular in the 1950’s.) Shelby Riley’s assistant, Harry Bond Brestler, was in awe of his methods and the results he achieved. He considered Shelby Riley to be “the greatest healer of his time” – surpassed only by Elizabeth Ann, her achievements and results far outweighing those of her husband, according to Brestler.

Shelby Riley is accredited with many accomplishments leading up to the birth of reflexology. He and his wife continually worked together and by all accounts she was a most extraordinary teacher and practitioner. Elizabeth Ann Riley was a modest woman, permitted to use the title Doctor, but preferring instead to use just her name. Perhaps more credit should be given to her influence and role in the development of reflexology?

Possibly as early as 1920 Eunice D. Ingham worked as a physiotherapist for Shelby Riley. She was extremely interested in Fitzgerald’s work, and in the 1930’s she spent a great amount of time developing his Zone Theory. Over the following years she carried out extensive research on her many patients and discovered that the reflex points on the feet mirrored exactly the organs, glands and other parts of the body. Whereas Dr. Fitzgerald’s method applied continual pressure, Ingham’s used alternating pressure to gain the best results.

In the late 1930’s she meticulously mapped out the first reflexology foot chart and wrote her best known books “Stories the Feet Can Tell Thru Reflexology” and “Stories the Feet Have Told Thru Reflexology.” Although she was keen for people to understand that reflexology and massage were very different practices, she regularly used the term “compression reflex massage” to reach a wider audience and possibly avoid an amount of controversy from the medical community. Her method became known as the “Ingham Method,” the most commonly practiced and widely recognised form of reflexology today.

Eunice D. Ingham was a truly amazing woman. A pioneer in her field, she dedicated over 40 years to the research, development and promotion of reflexology, her aim being to help as many people as possible. Ingham spent many years on the road across the U.S. and beyond. She was impelled to  spread the word about reflexology by attending health conferences and seminars, and by devising and delivering workshops in order to “ease the suffering of mankind.” In 1974 she left this world, having retired just 5 years earlier at the age of 80.

In the late 1950’s Ingham’s nephew, Dwight Byers, began working with her and in 1961 his sister, Eusebia Messenger, a registered nurse, also became involved. They worked tirelessly together delivering workshops and developing the Ingham Method. Byers took over from his aunt when she retired, and in the 1970’s he formed the International Institute of Reflexology (previously known as the National Institute of Reflexology), which is still going strong today with over 25,000 active members.

Byers continued to develop and add new techniques to the practice, and his book “Better Health With Foot Reflexology” remains popular today. As it stands, Dwyers is considered to be the world authority on reflexology. He is the President of the International Institute of Reflexology, and his daughter and grandson work there as well, truly keeping the legacy alive.

Reflexology is not intended to replace conventional medicine and practitioners are not trained to diagnose or treat specific health issues. Although there is an amount of scepticism and distrust regarding reflexology, it’s popularity continues to grow and it’s one of the few complementary practices available on the National Health Service in the U.K.

If you are considering having reflexology therapy, as with any complementary therapy, speak to your doctor beforehand if you have any current or ongoing health issues.

For further reading, see related articles Reflexology Healing – Before, During and After a Session and What’s the Difference Between Reflexology and Massage.

If you have any comments or questions, please post them below.

Find out more about Eunice D. Ingham and her amazing work…

You can find out more about which cookies we are using or switch them off in settings.

This website uses cookies so that we can provide you with the best user experience possible. Cookie information is stored in your browser and performs functions such as recognising you when you return to our website and helping our team to understand which sections of the website you find most interesting and useful.

Strictly Necessary Cookies should be enabled at all times so that we can save your preferences for cookie settings.

If you disable this cookie, we will not be able to save your preferences. This means that every time you visit this website you will need to enable or disable cookies again.

This site uses Google Analytics which allows demographic and interest reporting in order for us to better understand our audience and their behaviours. The information we use is number of visitors, the most popular pages, visitor age, gender, language and location.

Please enable Strictly Necessary Cookies first so that we can save your preferences!

Please note that this site also features affiliate links. The purpose of these links is to enable visitors to find out more about or purchase a promoted product or service.

Therapyjet.net may receive a commission on qualifying purchases through such links and therefore information may be stored by these third parties in order for link activity to be monitored and for payments to be processed.

We would also like to inform you that you have a right to request an exported file of the data we hold about you. You can also request that this data is erased. Email your request to jane@therapyjet.net. (This does not include data we are obliged to keep for administrative, legal or security purposes.)