An Introduction to Aromatherapy 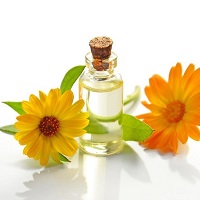 Aromatherapy, also known as essential oil therapy, is a system of treatment based on the use of oils and the aromatic compounds of plants. The oils are extracted from different parts of the plant, most commonly seeds, roots, flowers and leaves. This type of therapy uses essential oils for healing physical, mental, emotional and spiritual conditions, and for maintaining good health and wellbeing.

The origins of aromatherapy date back to ancient times. Oils were luxury items and were used in cosmetics, perfumes, as preservatives, to improve the taste of food, and for their healing properties. They were also used in religious rituals and as a form of currency; they were of great importance to these ancient civilisations and cultures.

The Origins of Aromatherapy

It’s believed that Traditional Chinese Medicine began more than 5,000 years ago. This system is based on several concepts and at around 3,000 B.C. Chinese herbal practices were developed and introduced by Shen Nong. In approximately 300 B.C. the “Yellow Emperor’s Classic of Medicine” was written, citing extensively the use of plants and herbs in the treatment of illness and injury, including their aromatic properties. This is the earliest known and most important book relating to Traditional Chinese Medicine.

Ayurvedic medicine dates back to 4,500 B.C. and approximately 3,000 years ago saw the introduction of herbal and floral essences. The system aims to achieve balance through practices including eating a healthy diet, correct breathing and the use of herbal treatments. The Vedic scriptures detail more than 700 uses for different plant extracts. They were used to heal physically, as well as to support the spiritual and philosophical aspects of Ayurveda.

The ancient Egyptians were great believers in the use of aromatic plants and plant oils. They used them for cosmetics, perfume, relaxation and embalming the dead. On special occasions a cone might be worn on the head which would slowly melt and cover the wearer with scented oil. It’s said that the ancient Egyptians used aromatic medicine more than any other ancient civilisation.

At around 2,700 B.C. Imhotep, the first ever named physician who was known as the “Father of Egyptian Medical Science,” used plants and their oils prolifically in his healing and research. In approximately 1,500 B.C. The Ebers Papyrus was written. This contained over 800 formulas for the use of plants and oils, and forms much of the basis of essential oil practices today.

At around 400 B.C. Hippocrates, the “Father of Medicine,” studied extensively the use of plants and oils, and cited the benefits of oils in aromatic baths and massage. In the third century B.C., Theophrastus, botanist, biologist and physicist, studied and recorded over 500 different plant species and their healing properties. He is considered the “Father of Botany” and his work was a huge influence on science during the Renaissance.

In the first century A.D., Greek physician, Dioscorides, wrote “De Materia Medica” (On Medical Matters), the five volume encyclopedia about plants and the medicines that can be extracted from them, describing their healing properties. Scholars made reference to these important texts for 1,500 years.

In 150 A.D. Greek physician, surgeon and philosopher Claudius Galen, included the use of plants and herbs in his practice. He was appointed by the High Priestess as physician to the gladiators and during this time only 5 did not survive. (60 or more had died under the previous physician.) Galen and his practices were highly respected and he was later appointed physician for the emperor Marcus Aurelius. His work covered several decades and many consider him as the “greatest physician of his time” due to his achievements in anatomy, physiology and therapeutics.

In the 11th century A.D., the Persian “Father of Early Medicine,” Avicenna, isolated essential oils by the process of steam distillation and began using them as medicine. As well as being a physician, Avicenna studied, researched and wrote books on alchemy, astronomy, psychology, geology, geography, logic, maths, physics and Islamic theology. In his spare time he played around a little with poetry. He had the most amazing mind and was a truly awe-inspiring and extraordinary man. 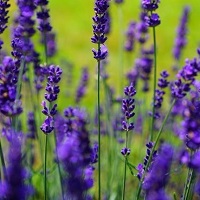 In 1910 French perfume chemist Rene-Maurice Gattefosse was working in his laboratory when there was an explosion. Suffering with burns and in order to extinguish himself he rolled about on the grass outside. It’s believed that by doing this his open sores were infected with the Clostridiums perfringens bacteria – thereby contracting the rather nasty, fast spreading and often lethal bacterial infection known as gas gangrene.

His hands were covered with this gas gangrene. He treated them with one application of lavender essence, experienced severe perspiration – one of the symptoms of the infection – and then began healing the next day. The infection was known to kill within 48 hours but Gattefosse made a full recovery in no time. Gas gangrene is extremely rare now, but even with today’s modern medicine, 1 in 4 sufferers will die from it.

It was by no coincidence that Gattefosse applied lavender essence to his hands. Upon earning his degree in chemical engineering a few years previously, he began working within the family business which produced materials for making perfumes and related products; these materials included essential oils.

One of his brothers, Robert, had carried out extensive research on essential oils, particularly in Southern France and Corsica, and this was a big influence on Gattefosse and his brother Jean. From his own research before the explosion (and thereafter), Gattefosse was aware of and developed the therapeutic properties of lavender – otherwise the outcome could have been quite different.

He worked closely with Jean, a chemist and botanist, and together they carried out further investigation into aromatic plants and their properties. In 1922, they published “The Medicinal Use of Essential Oils.” They carried on working and writing, and began to join forces with members of the medical community.

Jean Valnet, a French surgeon and physicist, dedicated over thirty years to the development of aromatherapy. He treated injured soldiers in the Second World War with the use of essential oils, and was the first to use oils as a psychiatric health remedy. Valnet wrote a number of books on the subject, being the first to publish scientific evidence as to how aromatherapy worked. He was a crusader for the use of non-synthetic materials in medicinal practice.

Marguerite Maury, an Austrian biochemist, was also highly influential in the field. She worked with her husband carrying out research and writing. They shared a passion for finding alternative solutions to medical needs and healing. In particular Maury is known for developing therapeutic massage and using aromatherapy for cosmetic applications. In 1964 her book “The Secrets of Youth” was translated into English and received great acclaim upon its publication.

Robert Tisserand is today’s world expert on the subject, having spent the last 50 years on the research, study and development of aromatherapy. In 1977 his book “The Art of Aromatherapy” was the first of its kind by an English author. He is the founder of The Tisserand Institute, providing information, education and training on all things aromatherapy with a particular focus on safe use. (See Book Review – Essential Oil Safety.) He continues to be active in this field today as a consultant, educator and international speaker.

Aromatherapy is growing in popularity and the trend seems unlikely to slow down any time soon. An increasing number of consumers today are more inclined to opt for natural, non-synthetic products. The availability and accessibility of aromatherapy products such as essential oils will no doubt ensure the further growth of this natural therapy, which has its roots in many cultures, dating back many thousands of years.

Any comments or questions are welcome below. To find out how essential oils are used today see Methods and Benefits of Aromatherapy.

This site uses functional cookies and external scripts to improve your experience.

NOTE: These settings will only apply to the browser and device you are currently using.

With AdSense there is no option to opt out of cookies on a session level to display ads without serving cookies. Therefore it is not possible to display ads from AdSense if the user opts out of marketing cookies.

This site uses Google Analytics which allows demographic and interest reporting in order for us to better understand our audience and their behaviours. The information we use is visitor age, gender, language and location. This requires the use of third party cookies.