Skip to content
Home Yoga An Introduction to Yoga

An Introduction to Yoga 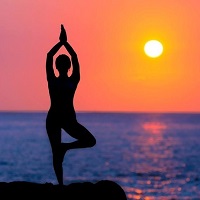 The aim of this article is to give you an introduction to yoga – what it is, where it came from and to find out about yoga in the modern Western world. You can also learn of the many benefits that can be experienced by those who practice these ancient traditions. But to answer the first question…

Yoga comes from the Sanskrit word Yuj, meaning to yoke or unite. Traditionally, the main aim of yoga was to achieve unity between the higher self or the soul and the Divine or God.

To achieve this unity meant to achieve health, harmony and freedom in all areas of life through self-realisation, acknowledgement and enlightenment – through physical, mental and spiritual practices. Once achieved we are said to at last be free from the challenges and constraints of being human – to be able to overcome the hurdles of life and become truly liberated.

Yoga is believed to have originated as far back as 5,000 years ago in the Indus Valley – in Pakistan and North West India as it is today. Yoga was passed orally from master to student.

Roughly 2,000 years ago, the wise man Patanjali – considered by many to be the “Father of Modern Yoga” – is credited to have written the Yoga Sutras. These are a set of rules or guidelines which formed a kind of code of conduct to lead humanity towards enlightenment.

However, it is argued that these sutras were taught by Patanjali, but were in fact written by his students. Patanjali is also believed to have written several works about Ayurvedic medicine and the Sanskrit language, but again there is disagreement over this.

There were almost 200 Yoga Sutras written, and they included instruction on the aims and practice of yoga, as well as the “Ashtanga,” or the 8 limbs as Patanjali taught them.

The 8 Limbs Of Yoga 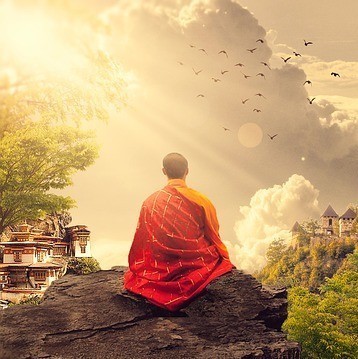 The first limb relates to our attitudes towards our environment. Translated from Sanskrit it means “moral discipline,” that is living ethically, being in control and behaving in an appropriate manner. There are 5 Yamas :

The second limb relates to our attitudes to ourselves and translates as “moral observance.” There are 5 Niyamas :

The Yamas and Niyamas combine to give us the 10 principles of yoga.

The third limb is Asana or “seat.” This relates to the physical postures or poses of yoga. Patanjali gave great importance to the ability to sit in a comfortable and steady position for extended periods of time. By remaining still, steady and comfortable, we are able to be calmer – mentally and physically.

If we cannot sit in this way, we are unable to truly meditate. (N.B. In modern yoga practice, hundreds or even thousands of different poses and their variations have evolved which are quite different to the original Asana postures, which were carried out in the seated position.)

Pranayama can mean “breath control” or “breath constraint.” By using different exercises and techniques, breathing – our most basic need – can bring on different outcomes.

Some techniques are good for relaxation, others can give us a mental boost by stimulating the brain. By practicing these breathing exercises, we can take in more oxygen and life force energy, as well as flushing out toxins more easily, thereby significantly improving our overall health. 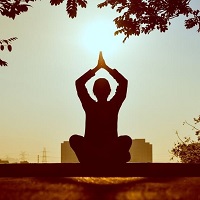 The fifth limb of yoga, Pratyahara, translates as “withdrawal of the senses.” However, in this stage the aim is to be so in tune with the senses that we become absorbed by them and only them.

By reaching this state we are able to switch off from the outside world and its distractions. When we are not bothered by these distractions, we are more able to focus within. This is another aspect of yoga which allows us to move into a state of meditation more easily.

According to Patanjali, the last 3 limbs of yoga, as follows, should be considered as a single unit in the “progressive stages of concentration.” Collectively they represent control or “samyama.”

Dharana translates as “collection of the mind” and is the ability to focus on a single point – either internally or externally. With regular practice the yoga student can greatly improve mental strength by training the mind to achieve a state of calm through this singular focus.

Dharana relates to concentration and leads to Dhyana, which means “profound abstract meditation.” It relates to the ability to contemplate on the chosen focus of Dharana, thereby becoming a step closer to mindfulness and self-knowledge.

Samadhi, the last of the 8 limbs of yoga, means “complete integration.” It is the final and the highest stage of meditation. When this stage is achieved – through practice and mastery of the preceeding limbs – so is complete enlightenment and unity with God.

Modern Yoga In The Western World

Modern yoga was introduced to the Western world in the late 19th Century, namely by the Indian monk Swami Vivekananda. He became well-known in Chicago from the 1890’s onward as a representative of Hinduism and a promoter of Yoga. He deeply impressed those he met with his religious knowledge, spiritual insight and engaging personality.

Another prominent figure in the late 19th and early 20th centuries was Mahatma Gandhi, and as a follower and practitioner of yoga, he was influential in spreading the word, and for yoga gaining popularity in the Western world.

The same applies to Martin Luther King in the 1950’s and 1960’s. Both Gandhi and King were predominantly known for following and preaching the philosophical aspects of yoga, and in particular for their shared aspiration of a non-violent, all accepting world.

From the 1950’s onward, the physical aspects of yoga began to rise in popularity and the 1980’s saw a boom in this new “exercise craze.” This trend continues today, but rather than a focus on just the philosophical or physical aspects of yoga, generally speaking, today’s understanding and practice of yoga is represented by a combination of physical exercises, breathing techniques and meditation.

This combination is a closer fit to the 8 limbs of yoga – not exact – but possibly as close as can be hoped for in our modern Western world.

What Are The Benefits of Yoga? 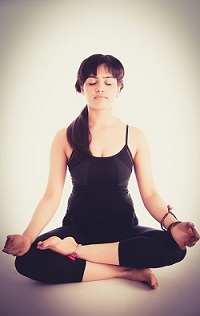 Practicing yoga has many benefits. These include better posture, flexibility and balance, (which in turn can lead to less physical injury and ease existing strains and pains).

Yoga can have a positive effect on all body systems and can increase our production of feel good chemicals such as endorphins, enkephalins and serotonin.

Regular practice can reduce the stress hormone cortisol. It can also increase alpha and theta brainwaves – these relax the brain and increase access to the subconscious and our emotions. Holistically – yoga is pretty good!

Yoga can be considered an art, a science, a religion, a philosophy or all of these. The bottom line is, yoga today means different things to different people.

Yoga is for everyone, regardless of their religious or spiritual inclinations. If we are so inclined, yoga can offer us a way to live our lives ethically and morally, in order to achieve a higher state of happiness and consciousness – physically, mentally, emotionally and spiritually – so we can be the best person that we can be.

At the very least, we can hit a local class, do a few stretches and improve our physical wellbeing. You can take from yoga whatever feels right for you!

Read my Yoga Download Review to find out more about different styles and levels of yoga – there’s something for everyone and with online classes you can practice anytime, anywhere!

As always, please leave your questions or comments below – thanks!

You can find out more about which cookies we are using or switch them off in settings.

This website uses cookies so that we can provide you with the best user experience possible. Cookie information is stored in your browser and performs functions such as recognising you when you return to our website and helping our team to understand which sections of the website you find most interesting and useful.

Strictly Necessary Cookies should be enabled at all times so that we can save your preferences for cookie settings.

If you disable this cookie, we will not be able to save your preferences. This means that every time you visit this website you will need to enable or disable cookies again.

This site uses Google Analytics which allows demographic and interest reporting in order for us to better understand our audience and their behaviours. The information we use is number of visitors, the most popular pages, visitor age, gender, language and location.

Please enable Strictly Necessary Cookies first so that we can save your preferences!

Please note that this site also features affiliate links. The purpose of these links is to enable visitors to find out more about or purchase a promoted product or service.

Therapyjet.net may receive a commission on qualifying purchases through such links and therefore information may be stored by these third parties in order for link activity to be monitored and for payments to be processed.

We would also like to inform you that you have a right to request an exported file of the data we hold about you. You can also request that this data is erased. Email your request to jane@therapyjet.net. (This does not include data we are obliged to keep for administrative, legal or security purposes.)